We have a few different terrains at various stages of completion now (the next big one after DRI is shaping up nicely by the way 🙂 ), Industrial is a small one at only one square kilometer but has some interesting areas. Currently it has a [mostly complete] port and a rallycross track with one more top secret area under construction. Being so small and with compact areas it offers great performance and makes it fast to travel. The track is a nice mixture of dirt and asphalt with some undulations in the road to keep things interesting. 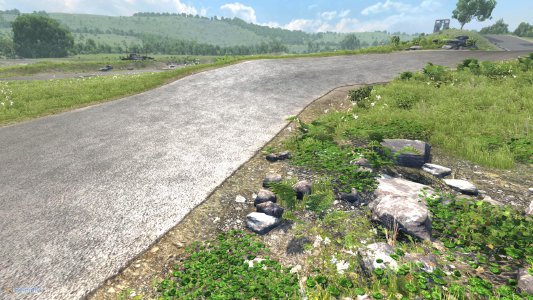 It also has the possibility for different setups. 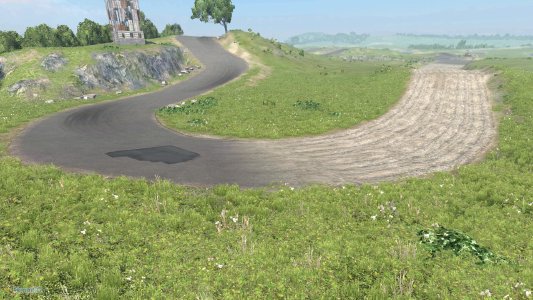 Connecting the rallycross track to the port is a poorly maintained road with a deadly left hand turn at one end that still gets me now; it really needs a warning sign 🙂 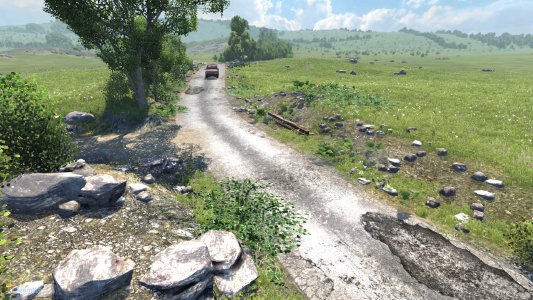 The port itself is a maze of junk left rusting by the sea. There are plenty of opportunities for small tracks between the containers and overgrown warehouses which can turn nasty if you misjudge a turn and end up in a heap of scrap. This makes it very satisfying when you get it right though. 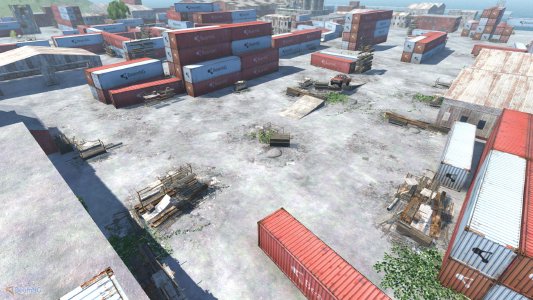 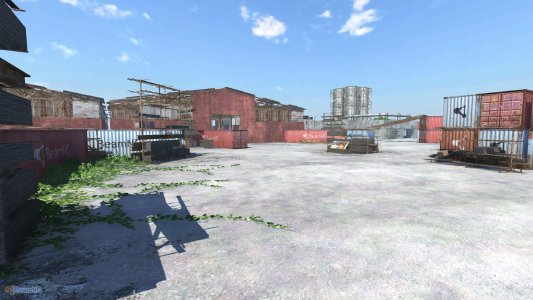 And that brings me to the importance of stuff. In my opinion lots of stuff is the key to believable environments, especially ones that are meant to have been lived in. 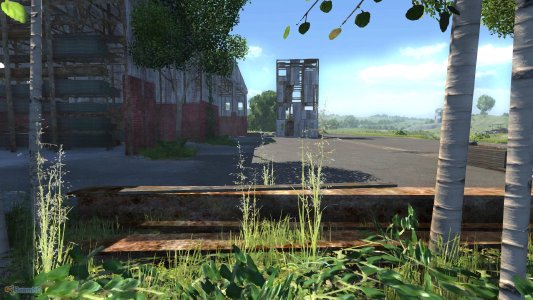 It’s the little details that help make a building look like it belongs and is not just a textured brick thrown on a mesh. The following two screenshots are not from Industrial; they’re from Dry Rock Island. They are a good example of what I mean though. A lot of attention has been paid to environmental variation on DRI in particular which has really paid off as it’s looking much more authentic now. 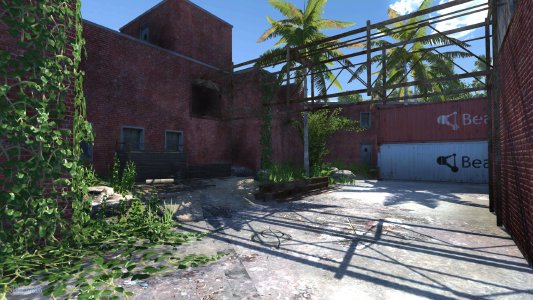 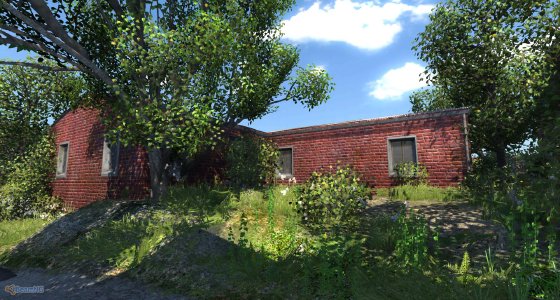